This new project for Alec & Trish in Bannockburn comprised of a new Bathroom, En-Suite & Cloakroom Toilet. All 3 bathrooms in the house desperately needed attention, and they asked if we could come up with designs for all of them. 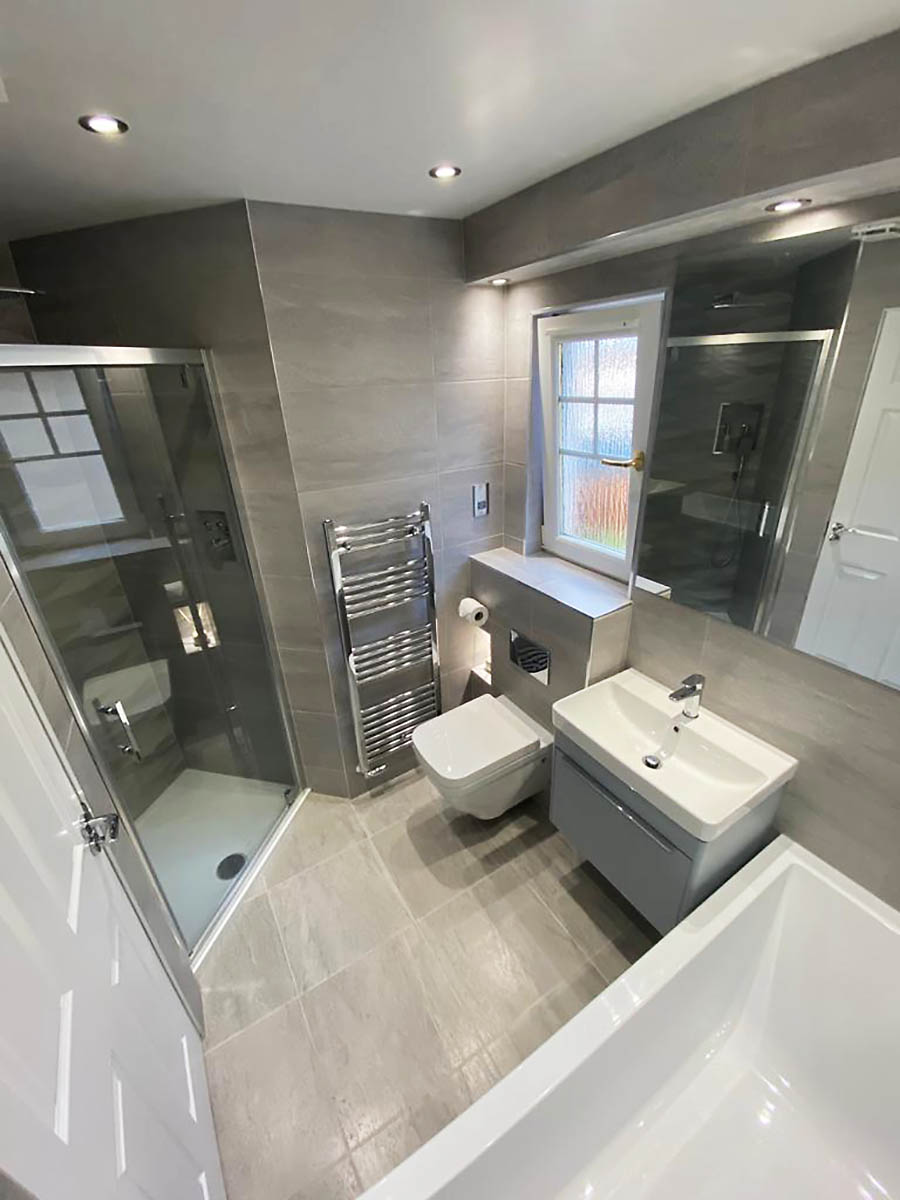 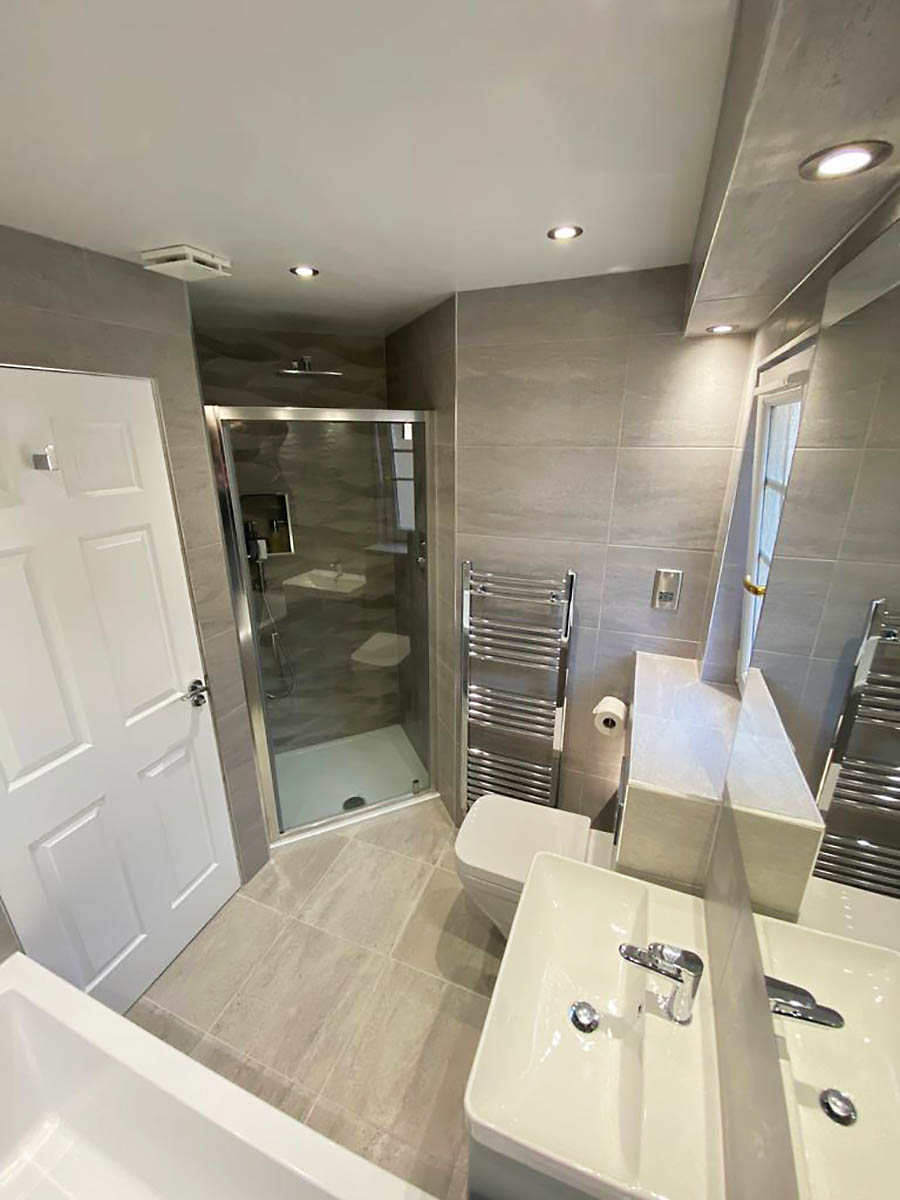 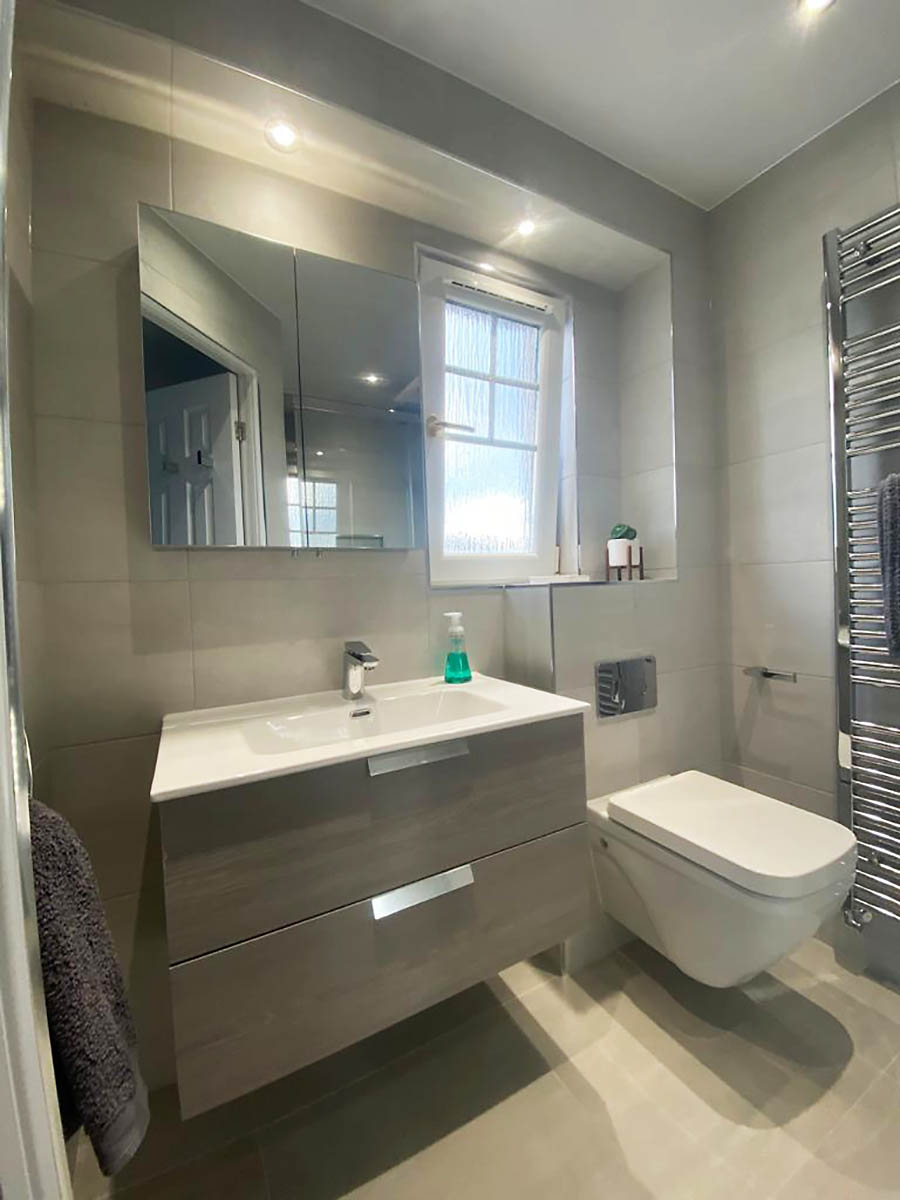 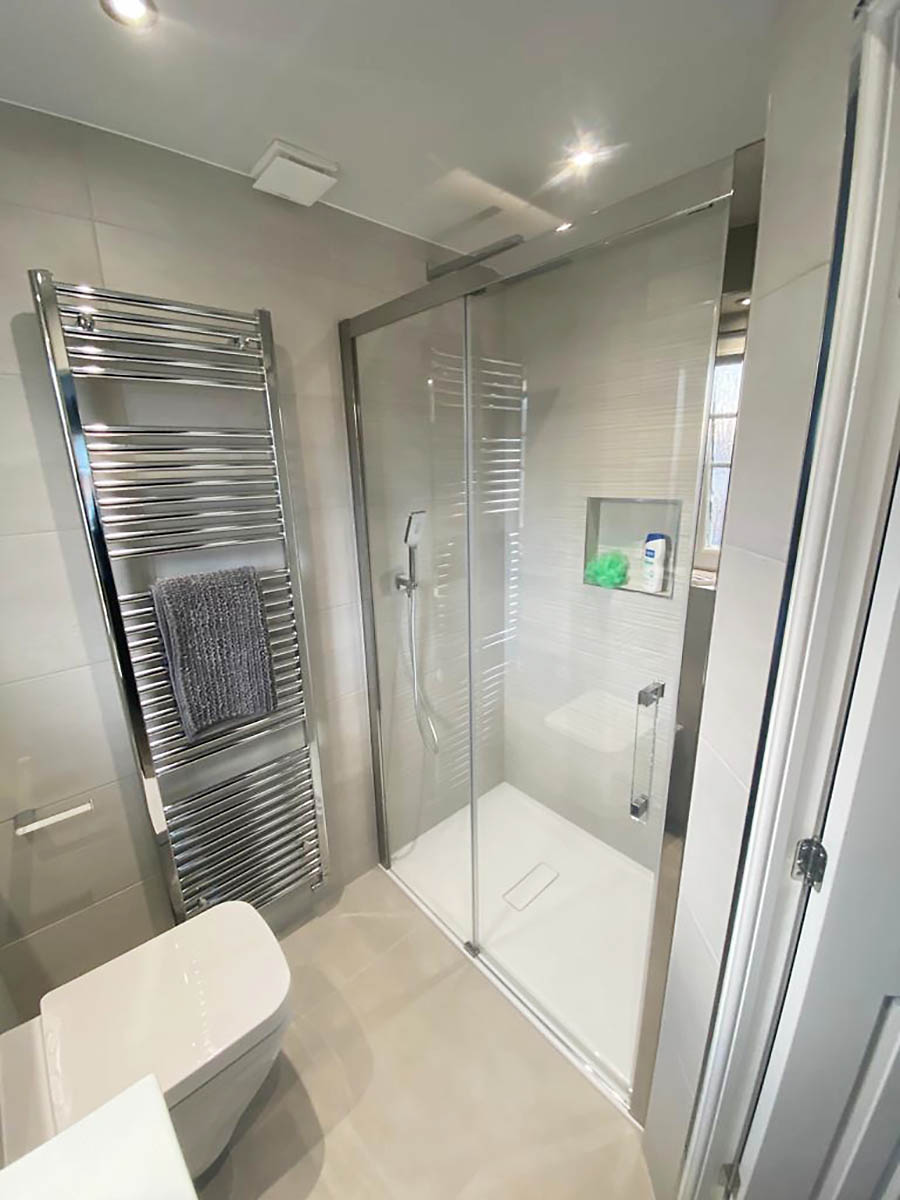 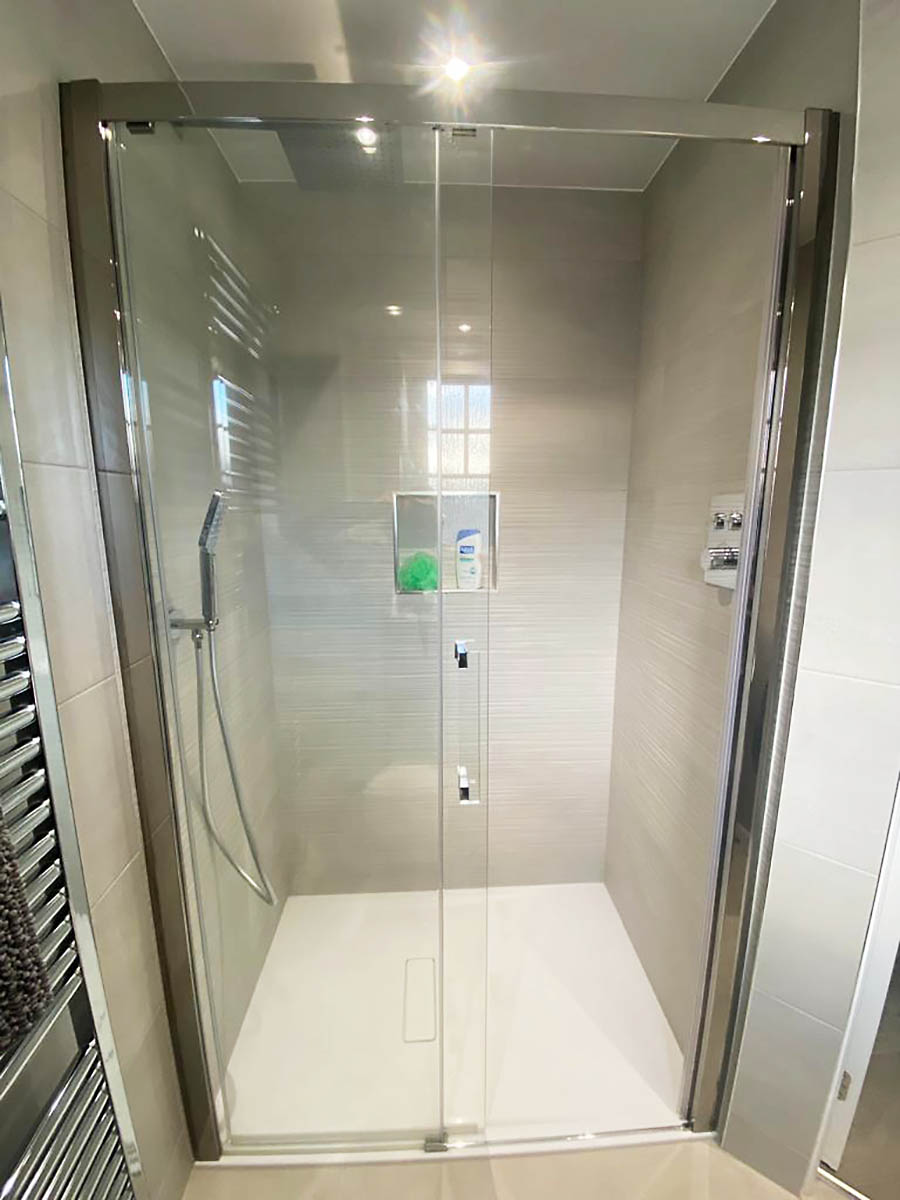 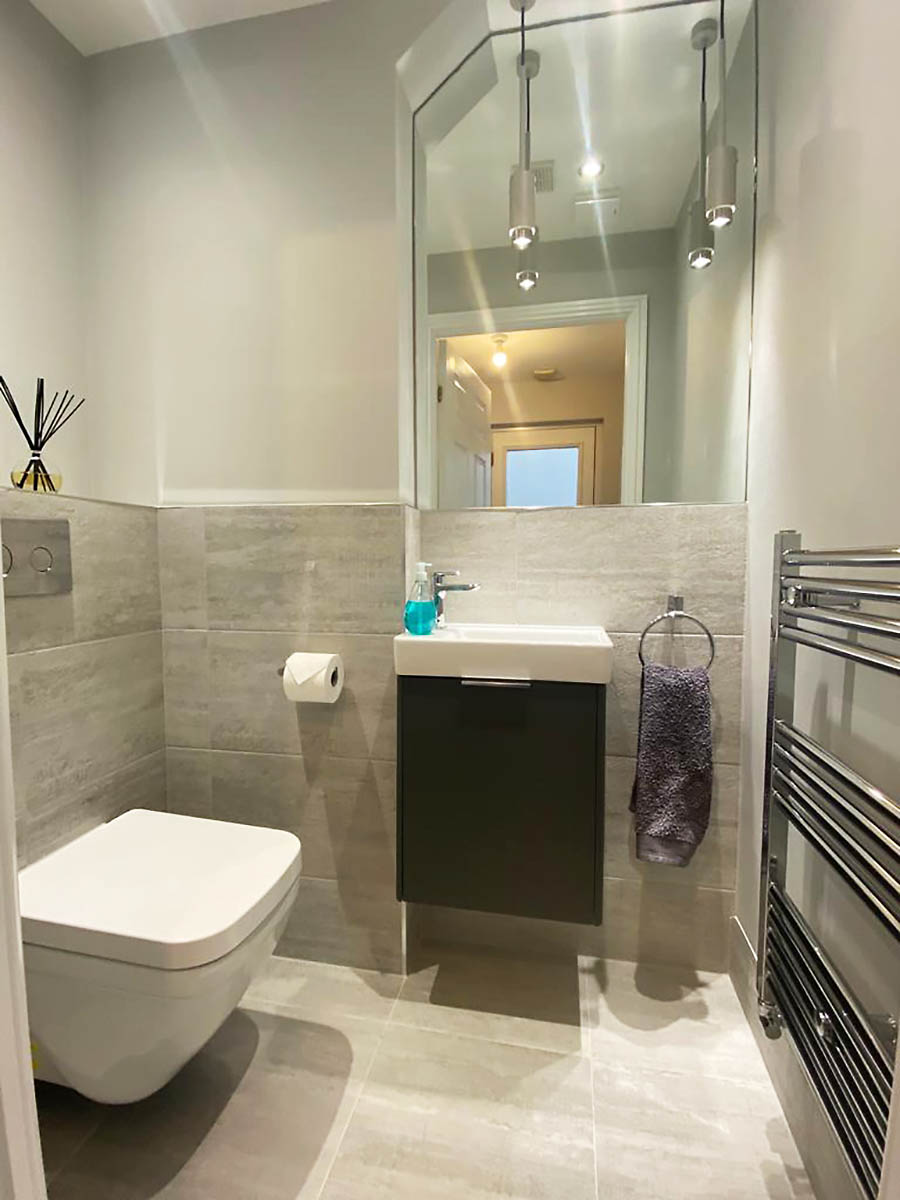 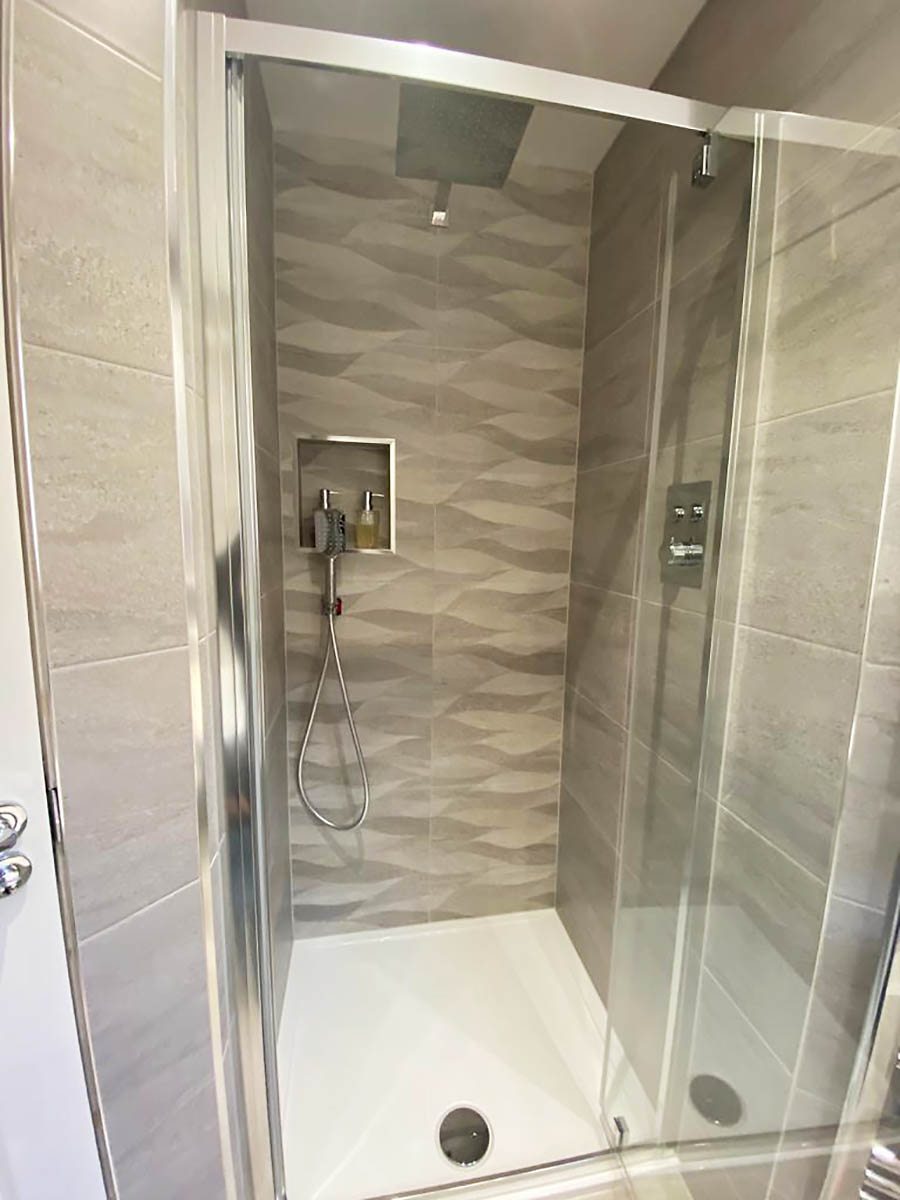 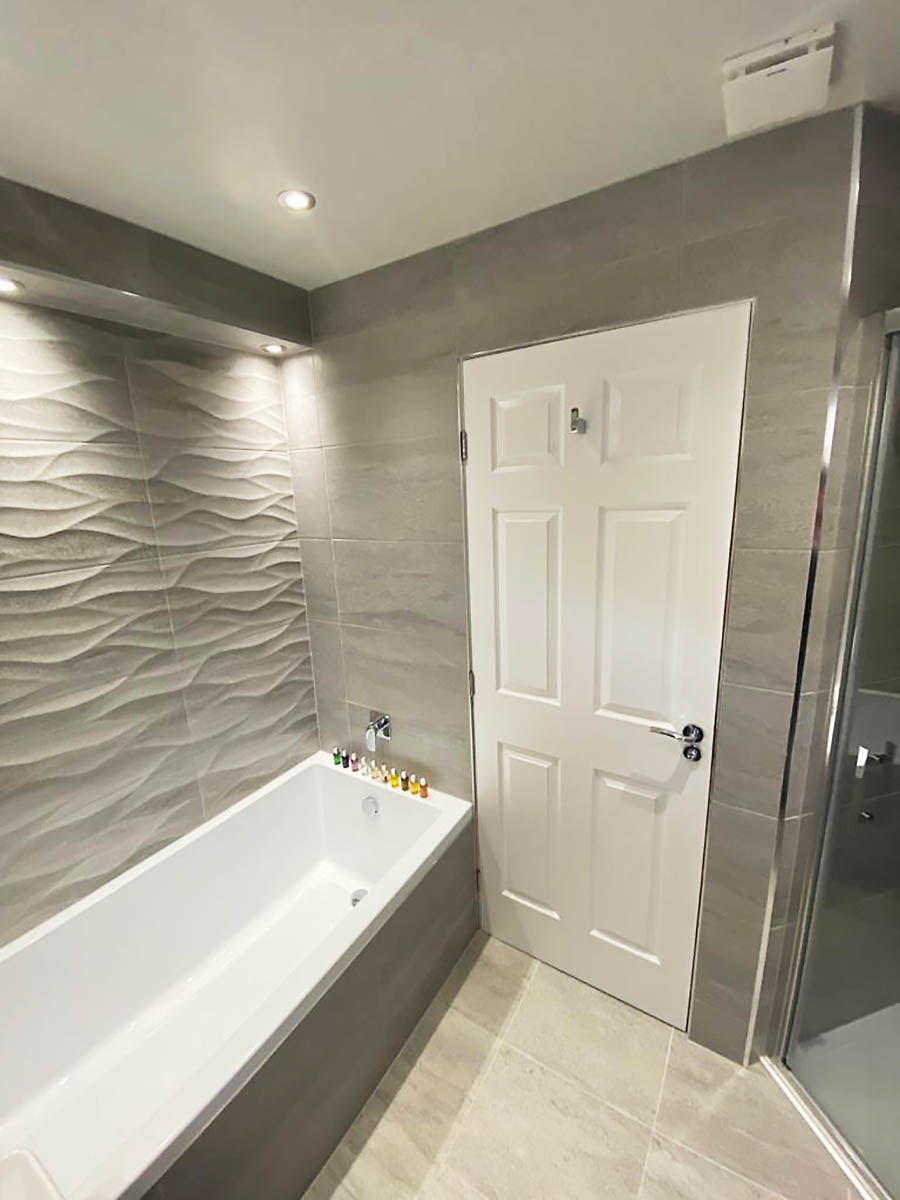 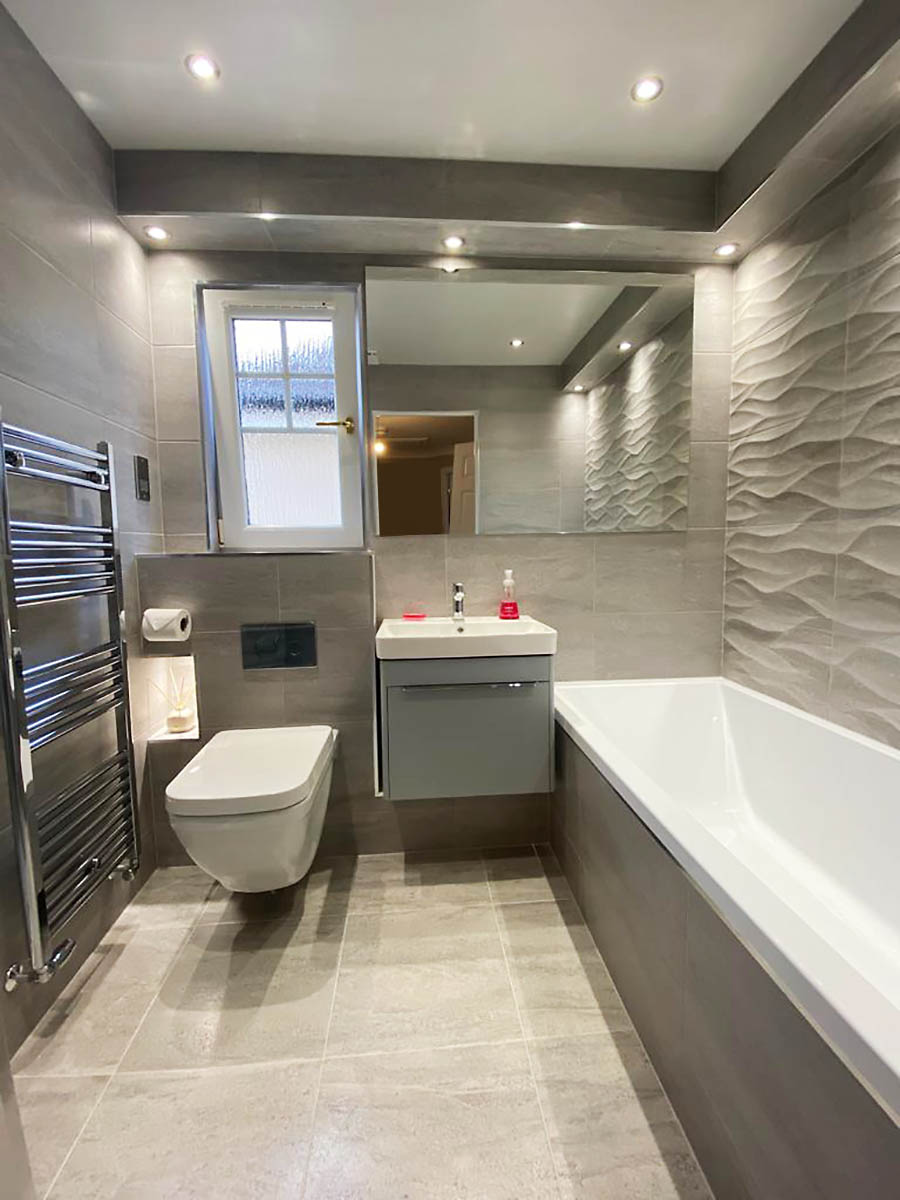 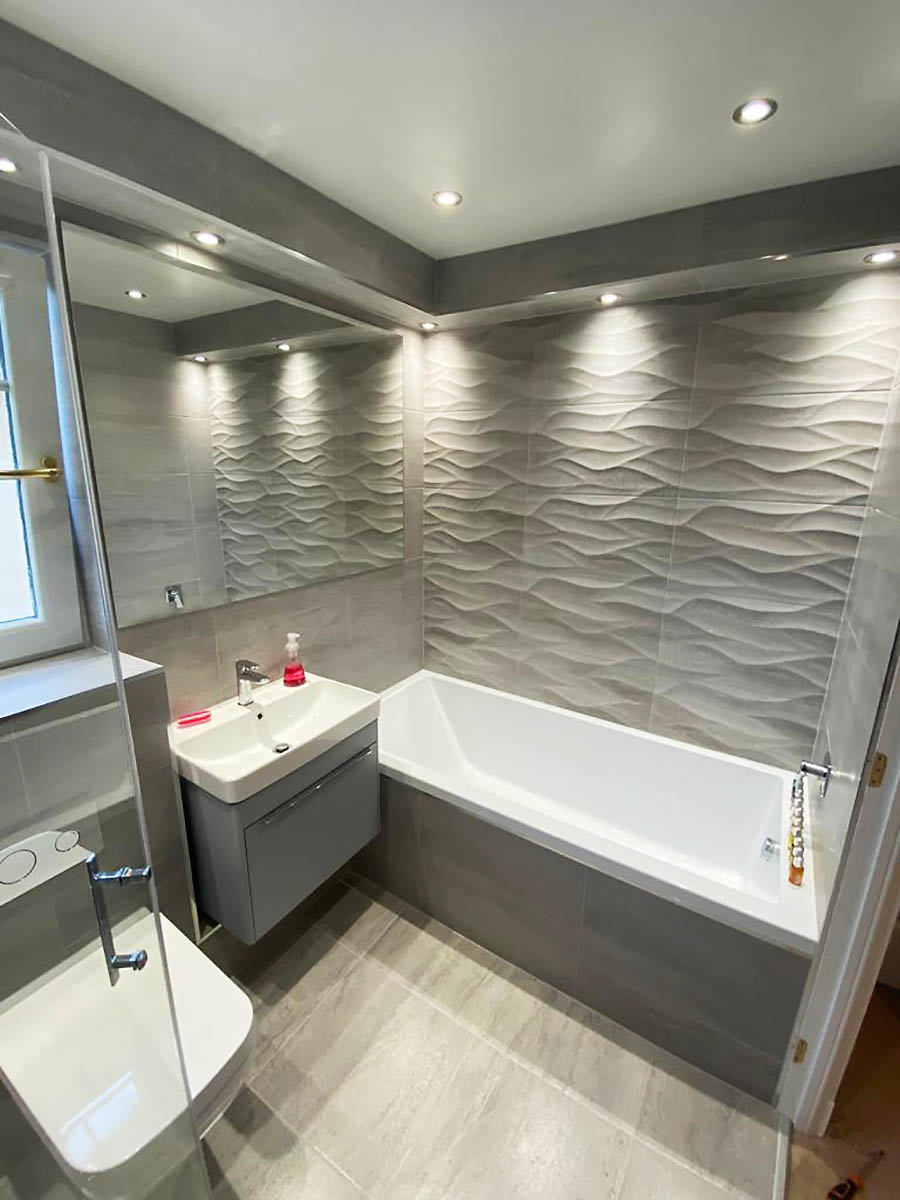 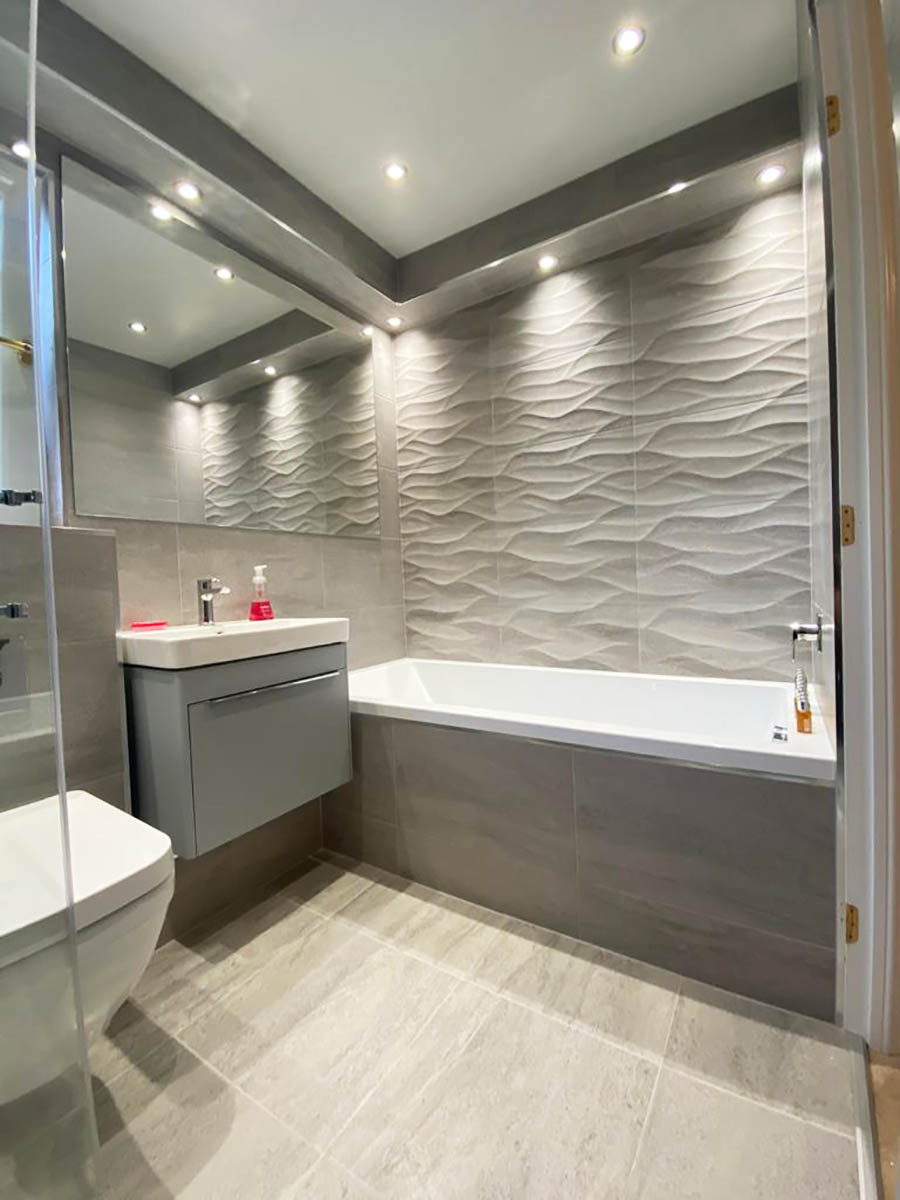 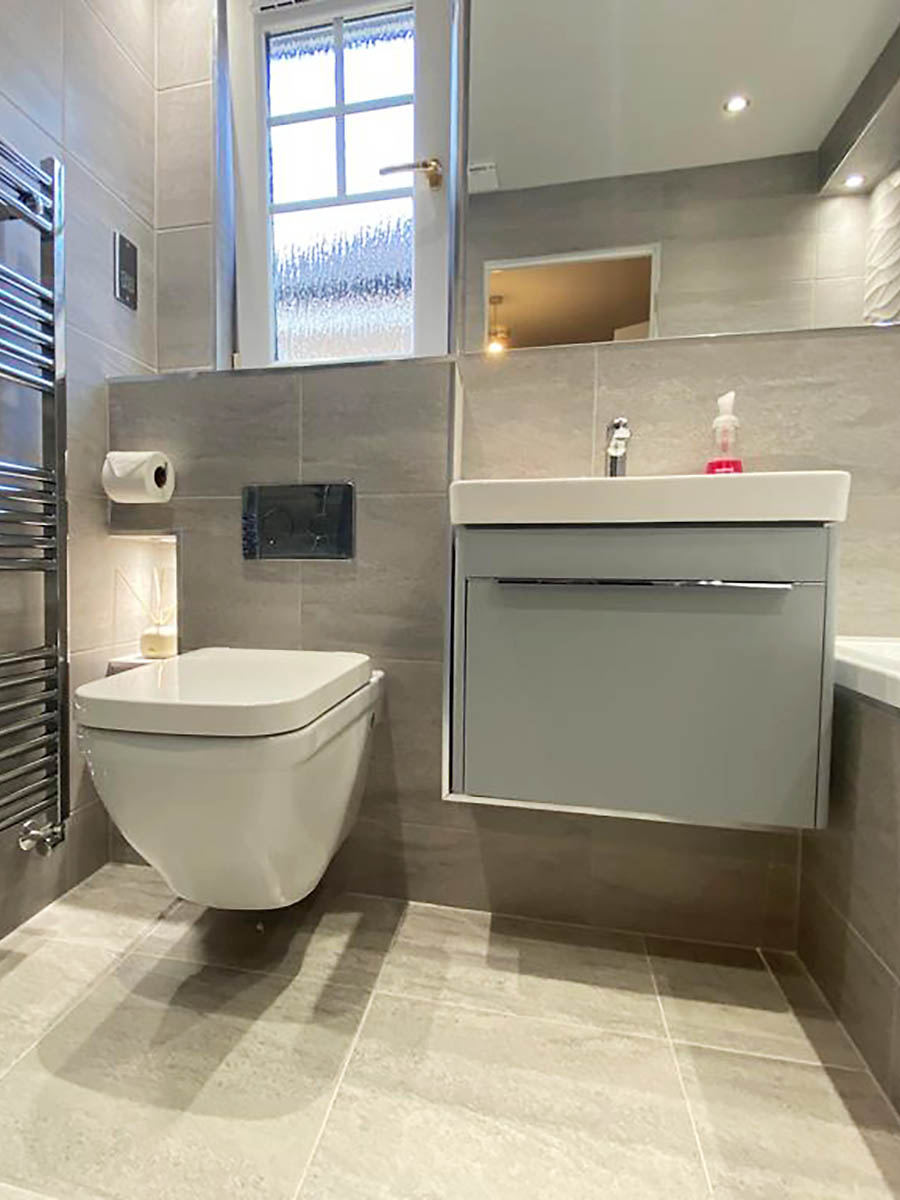 Trish and Alex came to us through a recommendation from previous customers Elaine and Ross. They had issues over the years with poor workmanship and poor products that had been installed in their existing bathrooms. All 3 bathrooms in the house desperately needed attention, and they asked if we could come up with designs for all of them.

The En-suite was to be designed with Alex in mind, the main thing was to make everything easily accessible, so we installed a lovely big 800mm wall hung vanity from Novellini that gave him plenty of space for all his toiletries. We also installed a lovely, mirrored cabinet with a shaver socket in it for charging his toothbrush. We discussed the option of a wet room but the layout of the bathroom we only had 1200mm available for shower space which would not give enough room for a wet room screen and space to get into the shower. So, we decided to install a low-level shower tray which had a 5mm lip between the top of the floor tiles to the top of the shower tray. This was installed with one of Novellini’s Frameless shower screens, which gave the illusion of a walk-in shower tray which both Trish and Alex both loved. We installed one of our Dual function push button valves from our brassware supplier Aqualla, at the entrance of the shower so they can put it on without having to physically go in the shower which makes it nice and easy to check the temperature before going in.    With it being the En-suite, and the bathroom that they use the most, the last requirement was some underfloor heating for the cold winter mornings.

The Main Bathrooms was to be designed with Trish in mind. She really wanted a mini sanctuary to go into to completely shut off. So, this was all about the lighting and being able to create a space that was calming. We were able to create this by installing a drop-down box around the ceiling which we installed with lighting that shone down the walls rather than lighting the full room. They were part if a 3-way switch which also had a light-up recess box next to the toilet so it is an option to have less light again. The previous shower was only 800mm wide and was felt very enclosed, we were able to steal a bit of space from the cojoining office on the other side of the bathroom and made the shower 1000mm wide which made a massive difference for Trish. All brassware was from Aqualla, again with the dual function push button valve and a wall mounted bath overflow filler instead of the traditional taps being installed on the bath. The tile’s Trish picked were from Porcelnosa along this the wall hung toilet, which she wanted so that everything was off the floor making it easier to mop and clean.

With the downstairs cloakroom being a small room, it was designed for functionality only. Again Trish wanted everything to be off the floor to make it easier to clean, so we installed a Porcelnosa wall hung frame and Toilet along with a Laufen Cloakroom Vanity unit, and an Aqualla towel rail with the pipework also coming through the wall. We also got a bespoke mirror manufactured for above the sink which had a lovely detail of 2 buster and punch pendant light hanging infront of it either side. The tiles Trish picked from Porcelnosa finished the room off.

A place to relax and escape the world. 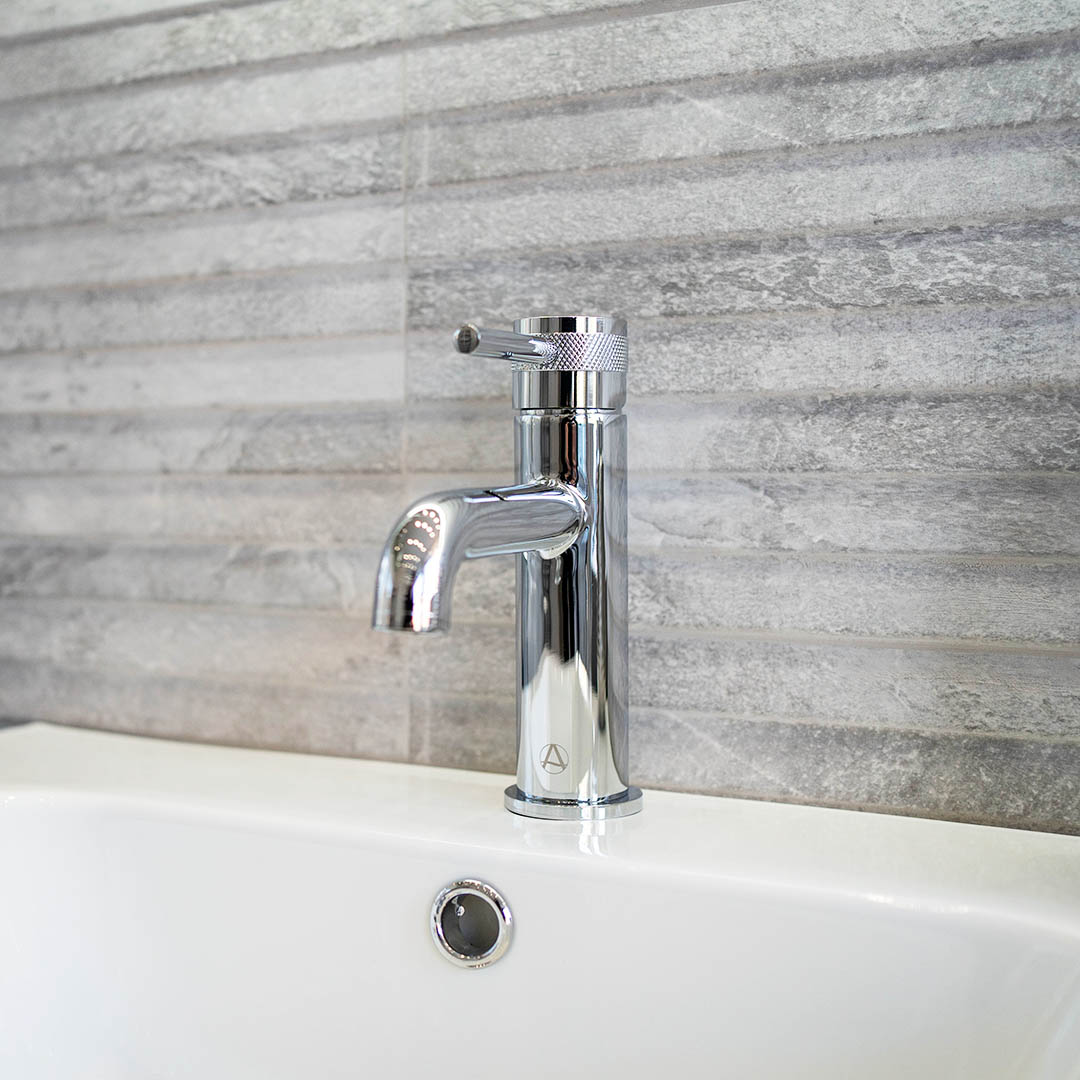 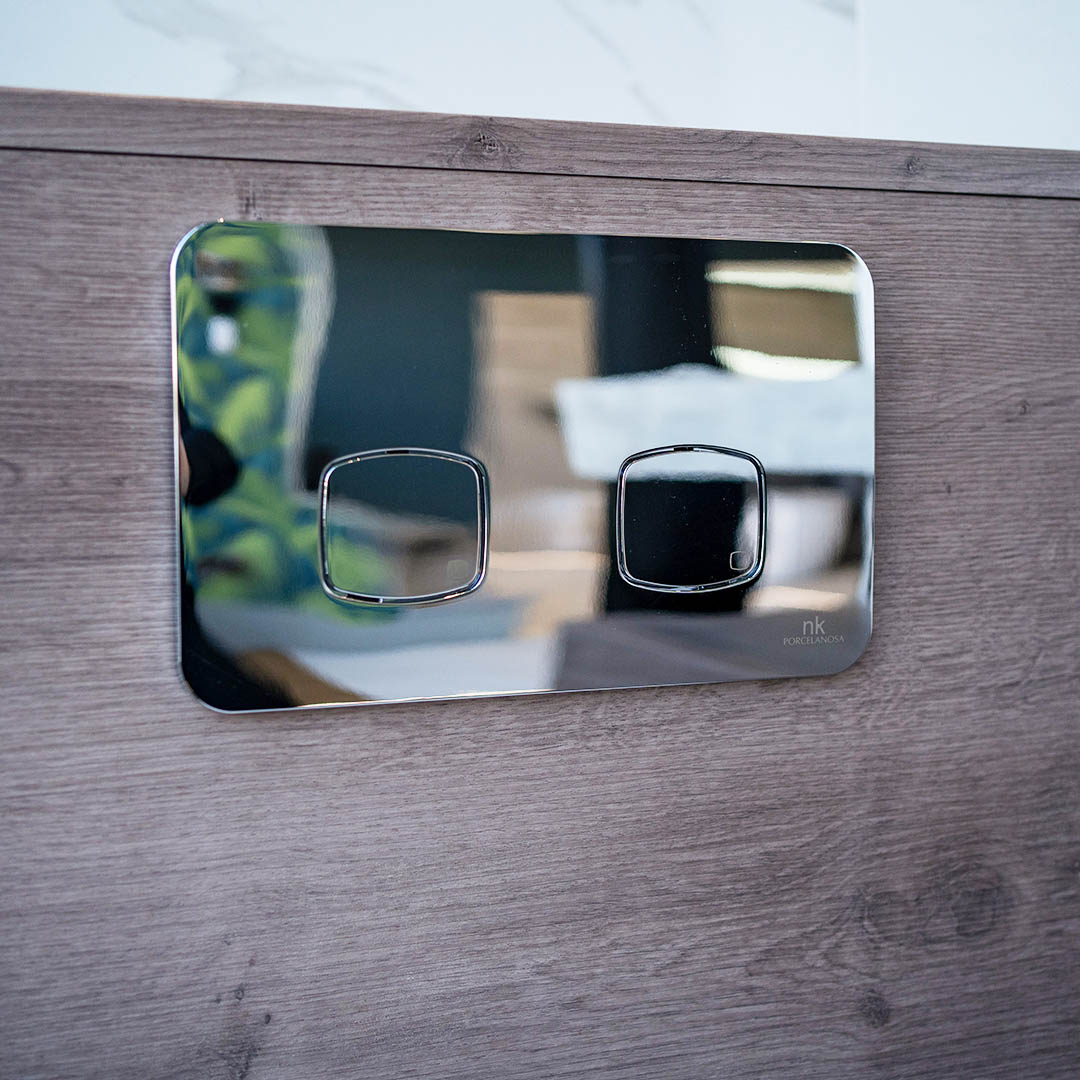 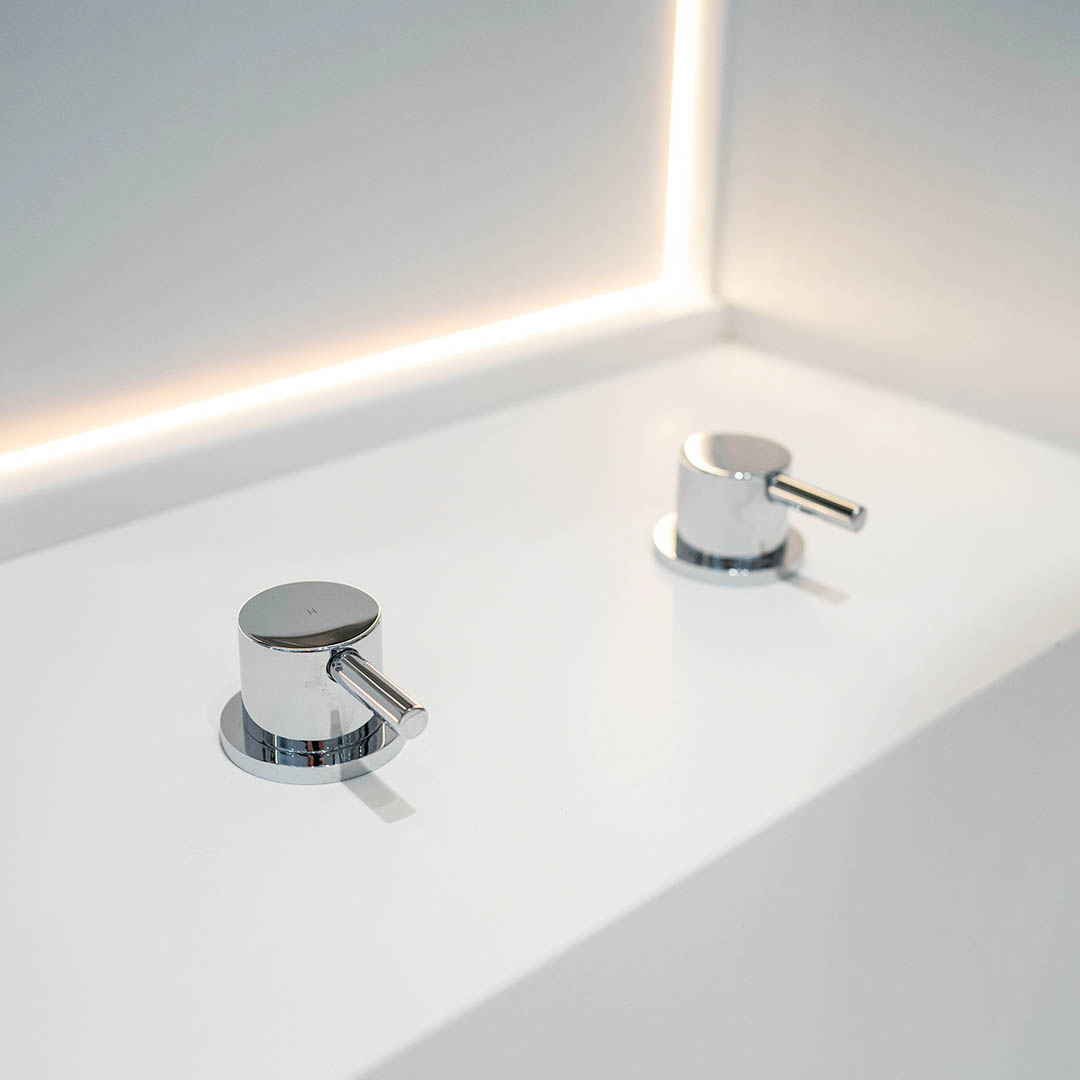 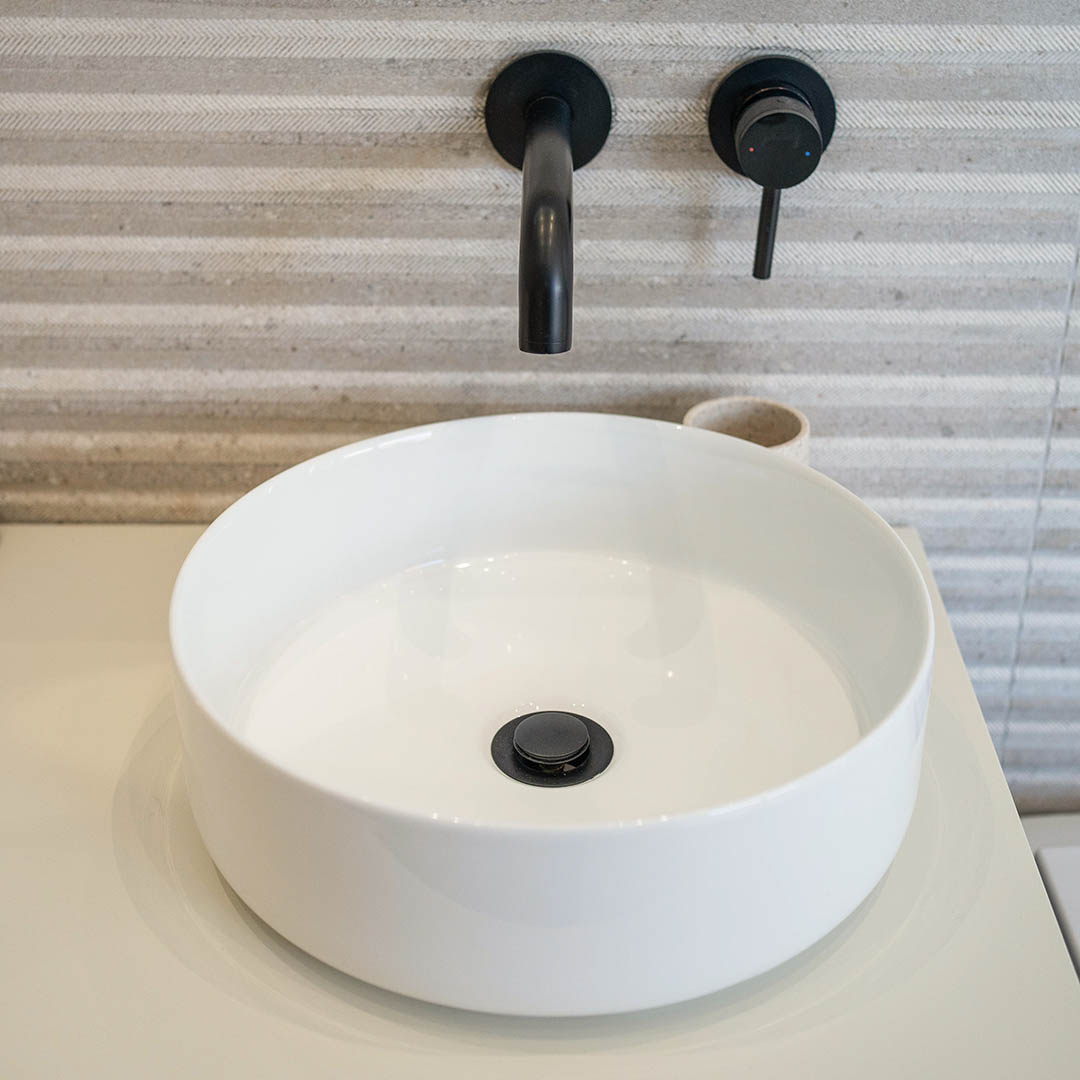 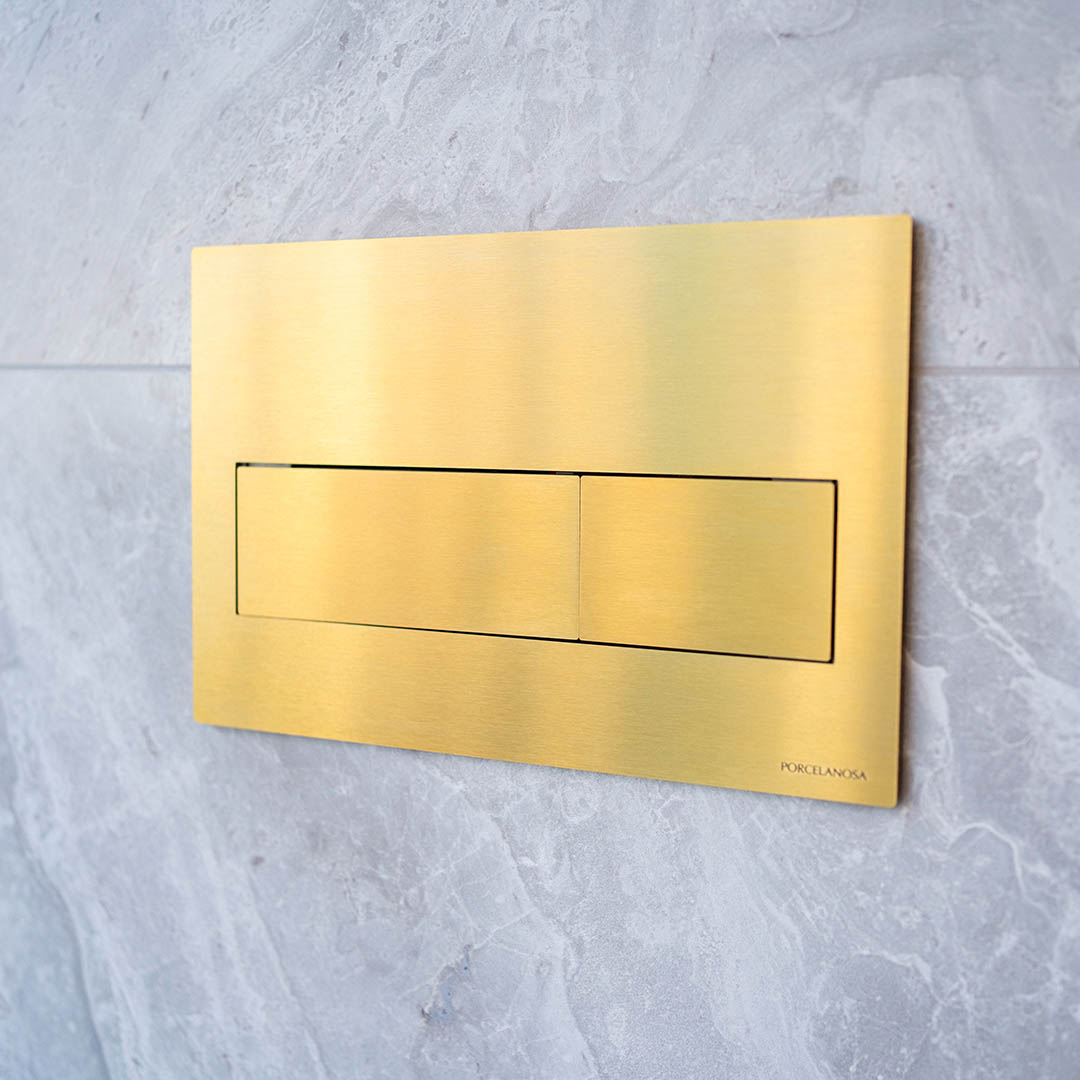 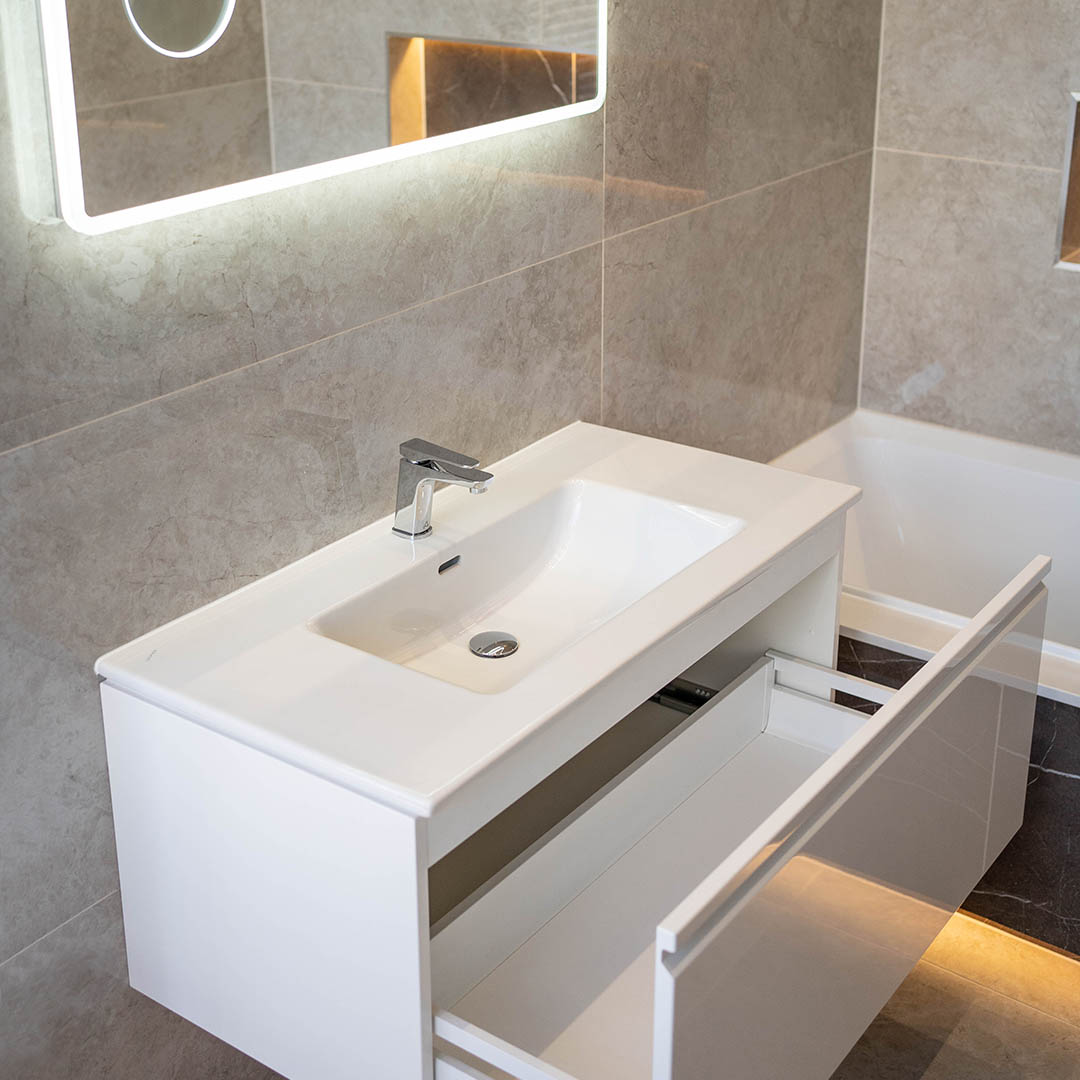 © - By Balneo Ltd
Made by Wee Beastie